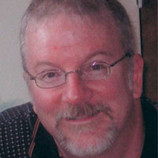 Ken Branch a freelance illustrator for over 25 years. He attended the Joe Kubert School of Cartooning and Graphic Arts. After his schooling his path lead him into advertising for a few years and from there to New York where he worked as an artist at two different clothing design companies. Working on an array of different clothing companies such as Disney, Mattel's Barbie, Eddie Bauer, etc.

In the early 90's Branch began working as an inker on such titles as Justice League of America, Wonder Woman and Dark Stars for DC Comics, and various other titles for Marvel, Valiant, Image and many others.
In the late 90's the comic book industry fell on hard times and he found it necessary to broaden his horizons. His love of sports would then open a new and more challenging adventure painting sports memorabilia. He would paint portraits on such items as baseballs, bats, boxing gloves, etc. Finding a growing interest from clients for prints and original art to have athletes sign. He began to attend many of the local sport shows in the area. His work has been sought out by athletes and companies alike. He has work for such companies as Stars and Pinstripes (Alfonso Soriano affiliated company) and All American Collectibles (known through out the sports industry at the time as the top sports art company). Selling them a number of original paintings. He also painted two paintings of Alex Rodriguez for a meet and greet when A-Rod came to the Yankees.
Branch's artwork has graced the cover of a national published magazine The Comic Buyers Guide #1623 of the Justice League of America. In '07 he won a Spike Award for best graphic novel adaptation 28 Days Later. He has worked for Topps Card Company doing Sketch Cards for Heroes Season 2 (July '08 release) and MLB Baseball (Oct. '08) Indiana Jones Masterpiece (Dec. '08), NBA Hardwood (Dec.'08) and Star Wars Galaxy (Jan '09). He painted the 2010 Topps Football and Baseball Chicle card sets.
A recent project 35 Years: Will You Survive? is a 100 page graphic novel about 5 young adults adventures in the future GLOBAL WARMING CRISIS.
Currently Branch has teamed with a friend having fun with the Zombie mania doing Zombie Portraits. He is very busy doing parties, events and local shows. See www.dkzombify.com
To see more of Ken Branch art go to www.comicartfans.com/GalleryDetail.asp?GCat=17125

BIG news!! The latest graphic novel from Odd Truth Inc is out. Issue 10 -12 are printed in a compilation titled Torchbearer .99. I wiil be signing copies in January at Dewey's Comic Shop in Madison. When date is set will pass it on. Also currently looking to do more in store signings. Please contact me with anyone interested. In the mean time I do have limited copies of Torchbearer .75 and .99 for sale. Signed by both Nick and I. Individual copy is 12.99 or two copies for 11.00 each plus shipping and handling.

Also several months ago I finished a painting of Mariano Rivera. Auto graphed prints limited edition of 42 are available.

Star wars fans see Star Wars Masterwork sketch cards. Release date 2/11/15. I did 100 cards for the set. And they are rock'in!

Like me on Facebook to stay in touch and find out about up coming appearances and events!